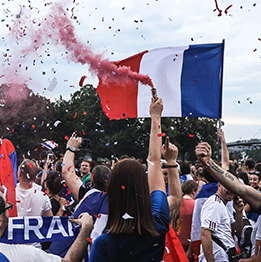 Will the IDFA have its day in court? As developers scramble to prepare for Apple’s iOS 14 privacy changes, which could roll out any day now, a French lobbying group is taking a different tack. France Digitale, which represents startups in the country, lodged a complaint with France’s data watchdog, the CNIL, on Tuesday over an alleged breach of EU privacy rules. According to Reuters, the complaint alleges that Apple’s consent requirements in iOS 14 do not comply with the General Data Protection Regulation, which requires explicit consent before collecting a user’s data. Although iPhone owners will be asked for permission in order to access their device ID, the default setting within iOS 14 allows Apple to track without clearly asking for consent. Antitrust problem, anyone? “It’s a startup version of David versus Goliath, but we are determined,” said France Digitale CEO Nicolas Brien in a statement. For its part, Apple blasted the allegations, calling them “a poor attempt by those who track users to distract from their own actions and mislead regulators and policymakers.”

In other privacy-related news,T-Mobile will automatically enroll its subscribers, including people who came over through the Sprint merger, in an advertising program that uses their web and app activity to target them with personalized ads, The Wall Street Journal reports. Users have until April 26 to opt out. It’s an interesting look for a telco at a time when big tech is under serious pressure from regulators and privacy advocates to move in the opposite direction when it comes to using personal data for targeting. (It’s like we took a time machine back to 2017 when telcos were all about monetizing data. Most have since backed away.) According to T-Mobile, the program will give subscribers advertising that aligns with their interests and help brands identify potential customers, so win/win. T-Mobile says that it will mask user identity in order to prevent advertisers from being able to see which websites subscribers visit or what apps they have installed. But privacy groups aren’t buying it. “It’s hard to say with a straight face, ‘We’re not going to share your name with it,’” said Aaron Mackey, a lawyer with the Electronic Frontier Foundation, a consumer privacy advocacy group. “This type of data is very personal and revealing, and it’s trivial to link that deidentified info back to you.”

Caught In A Bad Ad Tax

Remember that digital ad tax Maryland passed last month? It’s the first such tax in the nation, which some might say makes it innovative, but as others, including law firm Davis & Gilbert, have since pointed out, the specifics of the law are really vague … and, frankly, bad. In a post, tax attorneys Stephen P. Foley and Benjamin Snow note that the very definition of “digital advertising services” is open-ended – and that it “includes” software or website-based ad services among other things. What other things? Well, that’s unclear, too, as is the definition of what a “digital advertising service” means in Maryland. Who knows. Further, the law stipulates a tax on “gross revenue” that arose “in Maryland,” but provides no guidance on how to determine what revenue from global platforms actually comes from Maryland. But wait, there’s more. Davis & Gilbert points out that the act could actually create a problem of multiple taxation. For instance, say a Maryland advertiser pays a company to place an ad on an online platform. Theoretically, the Maryland law could tax all three entities. As Davis & Gilbert concludes, “legal challenges are all but certain” and, in fact, the first lawsuit was already filed last month.

Penske Media Corporation is joining a growing list of digital publishers, including The New York Times and The Washington Post, that are building out first-party data solutions. Axios reports that Penske launchd a new data services division on Tuesday called Atlas Data Studio that focuses on creating first-party data segments. The move comes as new privacy laws and crackdowns by big web browsers are forcing online publishers to become less reliant on third-party data. While first-party data can be hard to obtain – publishers need to build very strong, direct relationships with users so that they’re comfortable handing over their information – it’s typically more reliable and often more lucrative. Read on.

Section 230 isn’t expected to be revoked, but even the more modest proposals for weakening it could have effects that ripple across the internet. [New York Times]

The working group inside the IAB dealing with standards for artifical intelligence is considering AI use cases for creative, contextual and video, and figuring out how to use AI to deal with real-world challenges facing brands, such as data migration. MediaPost

Sen. Ron Wyden (D-OR) weighed in on the ad industry at the IAB’s Annual Leadership Meeting this week: “There are some aspects of digital advertising that are going to have to change.” [Adweek]

Anheuser Busch is using a targeting tool from A+E to prove that people are actually watching TV ads. [Ad Age]

Trustworthy Accountability Group recertification is up this year by 175%, with 224 companies earning their seals, [release] including Twitter, which also rolled a brand safety tool on Tuesday that allows advertisers to choose who is allowed to reply to their tweets. [blog post]

Europe-based contextual AI company seedtag has brought on Emilia Kirk as global head of growth, Jordi Capdevila as head of marketing and Maia Jose Alaminos as head of people. [PCR]