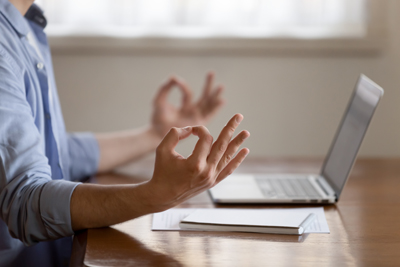 “If a single blog post from one company about not supporting something sends us all into a frenzy where we think we’re going to lose our minds – perhaps we’re falling off track,” Kershaw said.

That’s a reference to Google’s announcement last week that it won’t be supporting email-based identifiers on the open web.

The best way to get back on track is to be clear eyed, realistic and stop being so dramatic. (Perhaps alarmist portmanteaus such as “cookie-apocalypse” and “Chrome-ageddon,” for example, aren’t really helpful for lowering the temperature.)

Here are three real-talk takeaways from ALM to help dial down the identity rhetoric.

In light of Google’s recent news, there was a bunch of backlash against the Privacy Sandbox as yet another example of Google throwing its weight around and pushing its own agenda.

There’s still a lot to do and holes in the process, but work in the Sandbox is actually accelerating and starting to show progress, Kershaw said, even just over the past six weeks or so, with proposals such as FLEDGE and Microsoft’s PARAKEET, which are both based on a trusted server-side model.

For all its flaws, the Privacy Sandbox is “something that everybody should be paying attention to,” Kershaw said. “It has got some very strong value – and just because Google says it’s good doesn’t mean it’s bad.”

And regardless, Privacy Sandbox (putting aside any potential action on the part of the UK’s antitrust watchdog) will only be one of multiple solutions to the identity question.

“That’s how we’ve been educating the advertisers we work with,” said Liane Nadeau, SVP and head of precision media and investments at Digitas North America. “There is no one thing that’s going to come, be it out of the Privacy Sandbox or out of the IAB Tech Lab, that’s going to be the solve.”

Contextual, though, is one strategy for cookieless targeting that’s been getting a lot of attention and new investment. The lingering question is how to enable contextual targeting to scale.

“Just saying something is a recipe site doesn’t give us the level of context we need to reach people … in a way that’s going to replicate or perform better than what cookies have provided in the past,” she said.

With that need in mind, on Tuesday, the IAB Tech Lab released a new technical spec for comment – “Taxonomy and Data Transparency Standards to Support Seller-Defined Audiences and Context Signaling” – the purpose of which is to create context and audience taxonomies for non-ID based segmentation.

User-enabled IDs are not off the table

But back to the topic of ID-based segmentation, there’s more nuance to Google’s lack of support for email identifiers than was widely reported last week.

For one, Google is leaning into the first-party consumer relationship, said Travis Clinger, SVP of addressability and ecosystem at LiveRamp, and two of Google’s largest businesses, YouTube and Search, are both environments “where there are authentications.”

And although Google will no longer buy on independent IDs after third-party cookies are phased out, that pronouncement doesn’t affect Google’s sell-side platform, which will still allow publishers to pass their own first-party IDs of choice, Clinger said.

“Really, this is a huge opportunity for the independent DSPs and SSPs to be able to better compete,” he said. “When we boil down Google’s announcement, we see it’s certainly a lot of noise, but not a major strategic difference for the industry in moving off the cookie.”

In other words, Kershaw said, “don’t let some weird esoteric thing cause us all to start losing our minds again.”