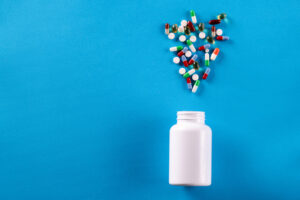 Touted as the only value-based pharmacy benefit manager, EmpiRx Health showed in data it released Thursday that while its company saw an increase in pharmacy claims for behavioral health treatments, costs decreased. It also saw a decrease in opioid claims and an increase in people with opioid use disorder in treatment, said CEO Karthik Ganesh.

Montvale, New Jersey-based EmpiRx found in its data that pharmacy claims for behavioral health treatments increased 9.4% from 2020 to 2021. For antidepressants, utilization increased 12% during this time period, but per claim spend fell 1.8%. ADHD medications saw a 20.2% increase in utilization and a 9.1% decrease in per claim spend. More than 350,000 people use EmpiRx as a pharmacy benefit, according Ganesh.

But what was more shocking to Ganesh was what the company found on opioid utilization, which is not shown in the report, but was discovered as a byproduct of conducting the study, he said. Between 2020 and 2021, EmpiRx saw opioid claims utilization decrease 10.6% and those on antidepressants who are also using opioids decrease 8.1%. Additionally, there was a 14% increase in those with opioid use disorder in treatment.

Also surprising is that adults aged 26 and older are the ones driving the increase in ADHD medication use, accounting for 45% of the increase in 2019, 47% in 2020 and 50% in 2021, according to EmpiRx’s data. This goes against public perception, Ganesh said.

“As much press as there has been about Adderall, as an example, in college students, what we saw was the highest percentage of ADHD increase in utilization was not for folks under the college age,” Ganesh said.

While the company did not have report actual numbers, EmpiRx provided MedCity with the data for fact-checking purposes.

Ganesh declared the company’s value-based care approach as the reason for its findings. Some initiatives it has in place for mental health include providing a personal clinical concierge for anyone who is on an antidepressant and contacts the company more than once for assistance. This concierge assists in navigating the patient through the healthcare system, and helps them stay medically adherent.

“What the concierge does is make their pharmacy experience seamless … [they] would help me navigate between my physician, my care coordinator, my nurse, my local pharmacy, basically handhold me through that to continue to make sure that not only I felt taken care of, but I also stayed on my meds,” Ganesh said.

EmpiRx also has an opioid management program, in which it alerts physicians if a patient is using high-dose medications and is working with multiple doctors and pharmacies. This helps prevent overuse of opioids. In addition, the company has a starter dose program, beginning with a seven-day fill before giving a full 30-day supply. EmpiRx only covers prescriptions for up to 30 days.

The findings are significant for employers as the U.S. finds itself in a mental health crisis, Ganesh declared. There is a 35% decrease in productivity among employees with unresolved depression, and workers who struggle with depression miss 31.4 days of work a year on average, according to EmpiRx, which cited data from McLean Hospital. In total, the U.S. economy loses $210.5 billion annually from employee absenteeism, reduced productivity and medical costs from untreated mental illness, according to McLean.

The costs are only getting higher, another recent report by Employee Benefit Research Institute showed. Overall spending by employers and employees on mental health services as a percentage of total spending climbed to 8.2% in 2020 from 6.8% in 2013.