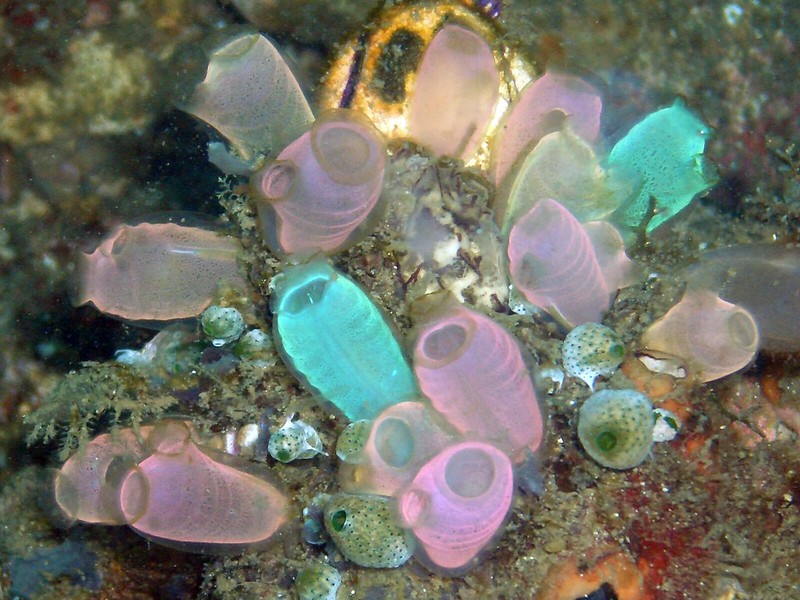 Sea squirts are named for a distinguishing feature: a tube that shoots out water as these filter feeders eat. These creatures look like colorful and rubbery blobs in their natural ocean environment, but their amorphous shapes belie an advanced genetic capability. Sea squirts evolved with a way to rewrite the full range of messenger RNA that they express. Ascidian Therapeutics’ technology is inspired by this capability, which the startup’s scientists say brings safety and breadth not achievable by currently available genetic medicines. Ascidian is now out of stealth with $50 million as it sets out to prove it.

The Series A round of funding announced Wednesday was led by venture capital firm ATP, which founded Ascidian and has been incubating the biotech for the past two years.

The range of available gene-editing technologies take different approaches, but they all basically edit DNA. Edits are accomplished with enzymes that come from outside of the human body, which means they can trigger an immune response. Those cutting enzymes also introduce the risk of off-target edits. Boston-based Ascidian edits RNA, an approach that maintains the genomic integrity of DNA, said Romesh Subramanian, the startup’s newly appointed CEO.

“There are no exogenous enzymes, nothing foreign,” he said. “We edit the RNA not the DNA, so we believe it will be much safer.”

Ascidian’s RNA-editing technology intervenes in the biological process in which DNA is transcribed into RNA. During this process, called RNA splicing, non-coding sequences of genes called introns are removed and protein-coding sequences called exons are joined together to form mRNA. The mRNA is then translated into a protein. When exons are mutated, the splicing process produces mutated proteins that can cause disease. Ascidian’s approach removes disease-causing exons. The biotech’ therapies, intended to be a one-time treatments, replace the problem exons with functional ones that restore normal protein production.

Mother Nature’s inspiration can be found across the span of currently available gene-editing technologies. CRISPR Therapeutics, Verve Therapeutics, and Intellia Therapeutics are among the biotechs that employ CRISPR technology, which was adapted from a genome-editing system used by bacteria. Precision Biosciences, a clinical-stage biotech partnered with Novartis and Eli Lilly, developed technology called ARCUS that’s based on a genome-editing enzyme that comes from algae.

Ascidian’s exon-editing approach borrows from sea squirts, or ascidians. These creatures also inspired the startup’s name, said Michael Ehlers, Ascidian’s founding CEO and the chief scientific officer of ATP. Though sea squirts start as larvae swimming in the water, they soon attach to a rock or corral. The organisms then metamorphosize into the stationary, tubed creatures that scuba divers and snorkelers can spot on their dives.

The transformation of a sea squirt is mediated by the organism’s ability to rewrite its mRNA, Ehlers said. This trans-splicing of RNA has been known since the 1980s. About 20 years ago, scientists tried to harness it as a way of introducing proteins. While the research showed it could be done, the process was neither efficient nor repeatable, Ehlers said. What’s changed in the years since is the emergence of high-throughput molecular biology and computational techniques that could be applied to the research. Those technologies have yielded Ascidian’s exon editor, an RNA molecule comprised of multiple modules, each with a different function, Ehlers said. The therapy can be delivered by validated methods, such as lipid nanoparticles or adeno-associated viruses (AAV), depending on the target tissue.

AAV, which is well established for the delivery vehicle of genetic medicines for inherited eye disorders, is the vehicle for Ascidian’s lead program addressing mutations of the ABCA4 gene. Such mutations can lead to a range of degenerative eye conditions, including Stargardt disease, which is the most common inherited form of macular degeneration.

The ABCA4 gene is a big one—too big for an AAV-delivered gene therapy. More than 900 mutations of the gene are associated with retinal disorders making it a difficult target for currently available gene-editing approaches. Stargardt, or any disease caused by multiple mutations, could require a different medicine for each edit, Subramanian. That’s not scalable. CRISPR editing has been likened to editing sentences. The more precise base-editing approach is often compared to editing individual letters. Subramanian claims Ascidian’s technology enables a single therapy to address multiple mutations.

“Instead of editing a word or a line, we can edit chapters,” he said.

Stargardt has no FDA-approved therapies and Ascidian isn’t the first biotech company to try to develop one. But Subramanian believes his company is the only one to try to develop an RNA-editing therapy for the rare disorder. Sanofi pursued a gene therapy approach to Stargardt with Oxford Biomedica under a partnership that began in 2009. Two years ago, the France-based pharmaceutical giant returned the rights to that program. SpliceBio, a Princeton University spinout, is developing a gene therapy that overcomes ABCA4’s large size by splitting up the genetic payload. The Barcelona-based startup closed a €50 million Series A round of financing earlier this year.

Ascidian’s research has produced some animal data. During the annual meeting of the American Society of Gene and Cell Therapy in May, Ascidian presented data from a monkey study showing its lead exon-editing therapeutic candidate was able to perform edits in the retina to replace more than 20 exons of the ABCA4 coding sequence. According to the abstract, analysis found the Asician therapy led to the production of full-length ABCA4 protein. The therapy was well-tolerated by the monkeys; no adverse effects were reported and eye pressure remained within normal limits.

Ascidian will use its new capital to advance its lead program into the preclinical research needed to support an investigational new drug application, Subramanian said. The cash will also support the preclinical development of its discovery-stage programs, as well as the manufacturing of its therapies. Including the ABCA4 editing therapy, Ascidian has a pipeline of seven programs. The disease targets remain undisclosed, but they include eye diseases as well as neurological and neuromuscular disorders.