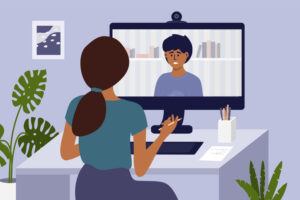 Despite the fact that one in four Americans receive healthcare through Medicaid, research shows only 35% of psychiatrists actually accept it.

Virtual mental health provider Brave Health is working to change that by primarily working with Medicaid plans. The company announced Tuesday it secured $40 million in Series C funding, which it will partially use to expand to more states, said CEO and cofounder Anna Lindow in an interview.

Miami-based Brave currently works with more than 200 health plans across 18 states and offers therapy, psychiatry and peer support. While it primarily focuses on Medicaid, it also contracts with commercial and Medicare plans.

Including the $40 million infusion, Brave has raised $60 million in total. This funding round was led by Town Hall Ventures. Other investors of the company include Union Square Ventures and City Light Capital.

Town Hall, which is focused on improving healthcare for underserved communities, chose to support Brave because of the provider’s work in engaging people to seek mental health support, said Anna Fagin, principal of the venture capital firm.

“Mental health recently surpassed Covid as the top health-related concern in the U.S.,” Fagin wrote in an email. “The scale of the problem is massive. Through their engagement-based approach, Brave offers a solution that ensures patients have their needs met before they have a chance to worry about access to care. By investing in a team dedicated to engagement, and committing to reaching people in 48 hours and getting into care within seven days, Brave is not just solving access challenges for patients, but pain points for health systems and payers as well.”

“There’s also an engagement layer where we’re doing outreach to patients to support them and get them activated into care and then effectively staying in care,” she said. “Something we say a lot is you can’t treat who you can’t reach, so we have to actually do the work.”

With the funding, Brave is going to invest in more technology, expand its footprint in current and new markets and transition into more value-based care, Lindow said. Value-based care rewards providers based on the quality of their care rather than the amount of services they provide. Brave already has value-based contracts with Molina Healthcare and Sunshine Health.

“When we think about our goal as a company, as it relates to serving health plans, we believe that there is not just an opportunity to innovate on how care is delivered and the scale at which it’s delivered, but also to innovate on the way it is reimbursed,” she said. “That is a discussion we really want to be leading with our health plan leaders in the coming years.”