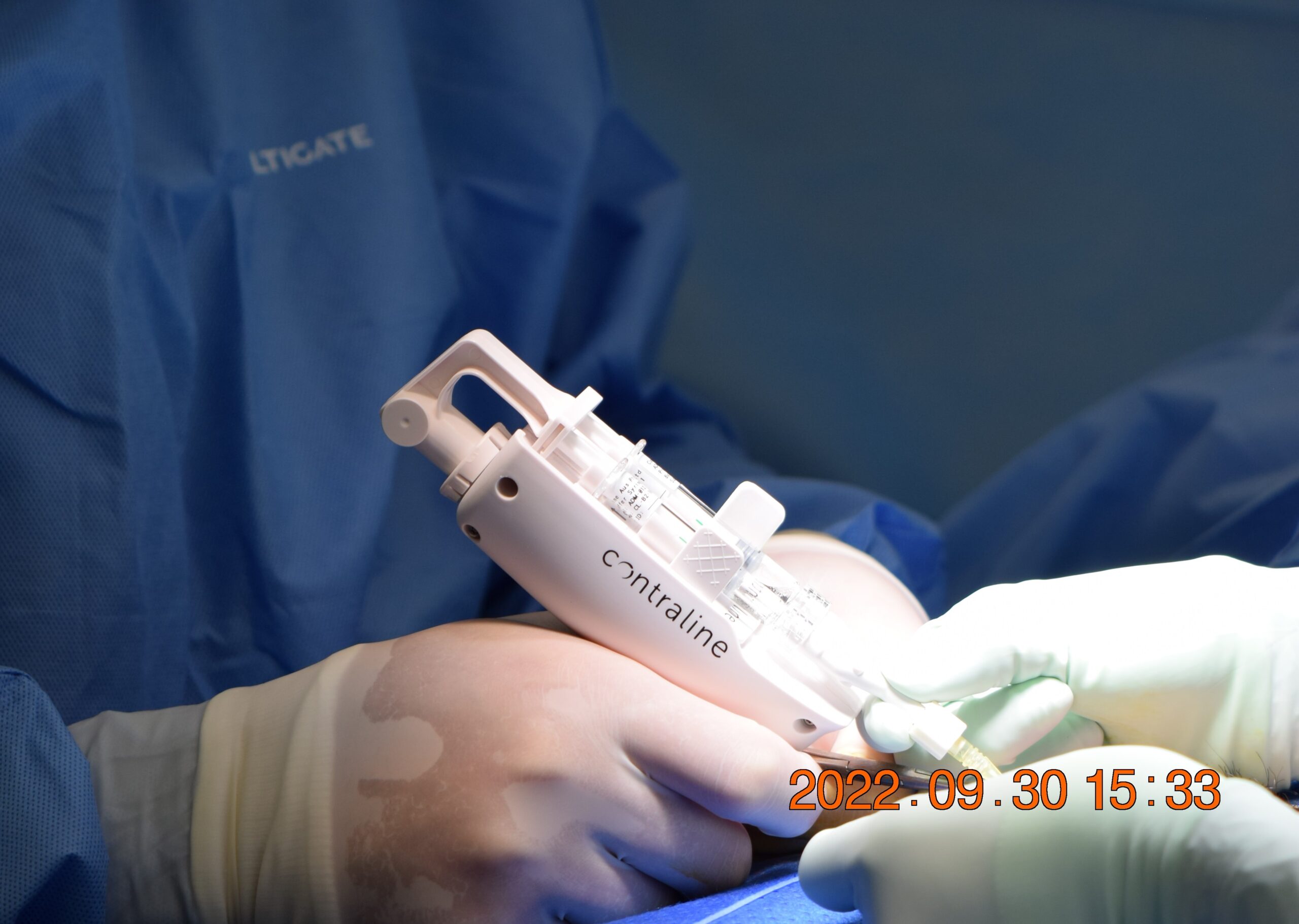 On Thursday, medical device company Contraline became the first to implant a hydrogel-based male contraceptive into humans in a clinical trial. The reversible, nonhormonal gel was implanted into the vas deferens of four men.

The Charlottesville, Virginia-based company was founded in 2015 to address the world’s lack of male contraception.

“Three-fourths of the whole world uses birth control at any point in time, and a majority of the methods are still focused on women,” Contraline CEO Kevin Eisenfrats said in an interview. “There’s a growing demand for men who want new options, and we’re trying to solve that problem.”

“We like to call it the ‘IUD for men’ simply because there is no long lasting and reversible method for men — something that is ‘set and forget.’ But that’s kind of where that analogy stops,” Eisenfrats said.

The analogy stops because unlike IUDs, Adam is nonhormonal and comes in gel form. But similar to an IUD, Adam can be implanted at a doctor’s office visit.

The office procedure can happen in less than 10 minutes and is conducted under local anesthesia, according to Eisenfrats. He said the procedure is “virtually identical to a vasectomy,” but “rather than doing the nip,” the doctor injects a hydrogel into the vas deferens. Once sperm is blocked from traveling through the vas deferens, a man does not produce sperm in his ejaculate, and is therefore unable to fertilize an egg.

Eisenfrats pointed out that the key difference between receiving an Adam implant and getting a vasectomy is that the latter is considered irreversible.

Adam’s clinical trial is testing the product’s safety and efficacy, while monitoring participants’ semen parameters over three years. The trial, which is taking place in Australia, is recruiting up to 25 patients, according to Eisenfrats. He said that trial recruitment has been “really kind of easy and straightforward” so far because there are a lot of people who are excited about this product — something he’s seen even in the clinical trial setting.

Investors have been supportive of Contraline’s product as well. The company recently closed a $7.2 million funding round led by GV, bringing it to a fundraising total of $17.9 million to date.

Eisenfrats identified Vasalgel as Contraline’s only direct competitor. He said Vasalgel has been working on putting a gel in the vas deferens for more than a decade, and its gel has a completely different chemistry than Adam. Vasagel has never begun a clinical trial due to concerns about injection safety and reversibility, Eisenfrats claimed.

“Even though this is like an early clinical trial milestone, it’s a big deal for the whole field that this is moving forward,” he said. “And it’s going to be the first clinical data on nonhormonal male contraceptives in over 20 years — that’s why this is a really big deal.”