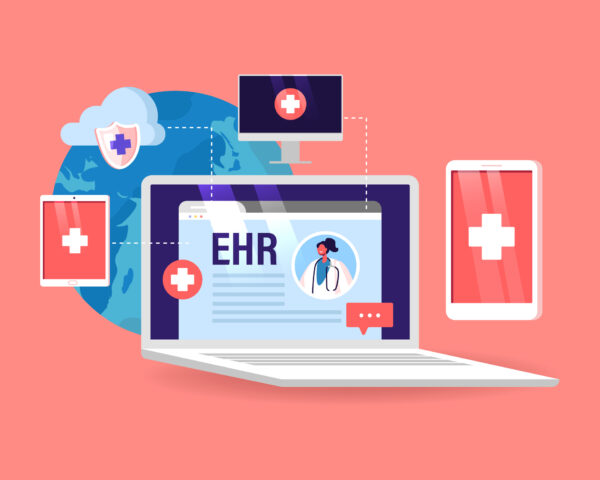 As many industries are undergoing a technological transformation, healthcare is no exception. There are existing digital technologies that patients and customers are familiar with, such as patient portals and telehealth services. But there are also groundbreaking technologies taking root behind the scenes, such as third-party digital record transfer platforms, that are redefining the industry’s capabilities.

For decades requestors and providers relied on two primary ways of communication: mail and faxing. These did the job when they were the only options, but they are time-intensive methods of communications that are loaded with inefficiencies, lapses in security, and chances for mistakes.

There has been enormous progress in technological adoption rates of record exchange to help solve those problems, but the electronic health records (EHR) industry still has a way to go in reaching its “last mile.”

A recent study, for example, found that roughly 30% of office-based physicians have yet to implement a certified EHR – and the existing EHR’s are not standardized creating a disjoined system. Complicating matters further, another survey found that while two in three healthcare organizations reported using digital documentation, the overwhelming majority (92%) still relied to some degree on paper in their day-to-day.

The continued reliance on outdated methods of record exchange is costly – as one study found with 100% adoption of health information technology practices, annual efficiency savings were projected at more than $80 billion. There is also the sometimes-hidden cost of data security lapses and compliance issues – where misfiled and lost documents can impede your company’s security and reporting requirements. Records need to be accessible so when someone – a patient, insurance company, or other – requests them, the office can easily share them.

The reality is that just as Uber transformed the transportation industry and Amazon redefined e-commerce, electronic health record-transfer needs its digital transformation moment.

The healthcare industry needs a regulated system that can live in between the health information management (HIM) and release of information (ROI) departments. It is time for both sides of this network to fully address the need to create a digital pipeline that delivers the request of information and records between two parties.

Such a system has three primary benefits:

To solve the pain points in exchanging patients’ medical and billing information, the entire healthcare ecosystem should move toward implementing a universal third-party system. The final mile is operating an efficient, modern medium to eliminate all the wasteful energy in retrieving records. With a standardized digital platform, requestors will be able to easily access universally formatted records, and providers will process requests with fewer distractions, meet the turnaround times the market demands and consolidate their efforts into a singular platform.