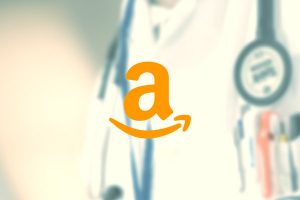 And it will likely be the more successful direction for the retailer, one expert said.

“This is what Amazon is really good at: the consumer experience combined with logistics,” said Daniel Grosslight, senior research analyst of healthcare technology at Citi. “This is a solution that’s pretty easy to set up. They’re not actually building the network themselves, just providing a marketplace. So they should be able to do this quite well. Whereas with Amazon Care, I was always very skeptical about it because it’s so difficult to scale a national provider network.”

Amazon Clinic, which was unveiled Tuesday, is a virtual service for more than 20 common health conditions, including allergies, acne and hair loss. Those who want to use it start by selecting their condition and choosing a provider. After filling out a questionnaire, customers are connected with their clinician through a message-based portal, where they’ll receive a treatment plan and any needed prescriptions. It currently does not accept insurance, but consumers pay about $30-$40 per consultation. Amazon Clinic is starting in 32 states and will likely expand in the future, according to a news release.

The benefit of the entire model is cost, Grosslight said.

“This is a very capital-light way to do it, and it’s what Amazon does with other third parties on their website, third party sellers,” he said in an interview. “It’s not Amazon selling directly, it’s third party selling directly … It’s very difficult to recruit providers right now, that goes from the very high level to nurses. So it’s a way for Amazon to grow rapidly without spending on providers.”

Another industry expert agrees that this outsourcing model is the better, cheaper option for Seattle-based Amazon.

“It’s likely less costly and more efficient for Amazon to set up a telehealth platform – something that the retail player is already good at, distribution – rather than find the providers and build their own virtual care model themselves (something they’ve struggled with twice stemming from Haven and then more recently, Amazon Care),” Blake Madden, founder of industry newsletter Hospitalogy, wrote in an email. “Quite a few great telehealth providers already exist in the wild in 2022. By outsourcing the care delivery functions, Amazon can focus more on the consumer aspect of the Amazon Clinic model, including the obvious synergy with Amazon Pharmacy and potential downstream revenue from upselling health and wellness products.”

For providers, partnering with retail companies allows them to scale, said Ashraf Shehata, partner and advisory industry leader of health plans at KPMG. He declined to speak about Amazon specifically, but discussed retail companies in general.

“The issue on the provider side is it’s hard to get scale across the country, when you talk about doing something across 30, 40, 50 states,” he said in an interview. “That’s the nice thing about the retail model, is it has national scale and even international scale in some cases.”

The Amazon Clinic news comes after the company announced plans to acquire primary care provider One Medical, which is likely why Amazon chose to shutter Amazon Care as they’re very similar, Grosslight speculated. The retail giant also runs Amazon Pharmacy, which delivers prescriptions to Prime members in two days. Amazon Clinic is a way for the company to direct even more consumers to its pharmacy, Grosslight said.

This will put the Seattle online retailer in direct competition with companies like Hims & Hers and Ro, though with a slightly different pricing set-up, Madden wrote in his Thursday newsletter.

“It’s notable that Amazon is charging for the consultation given that Ro and Hims both seem to provide it for free, but I’d speculate that this pricing strategy could be a way to attract & pay providers more,” he stated.

That said, Grosslight doesn’t think Hims & Hers and Ro should be concerned. While on the surface they seem similar to Amazon Clinic, they actually have different models.

“At the base level, it’s very similar, meaning you’re seeing a provider asynchronously and you’re getting prescriptions filled and sent directly to you via the mail,” Grosslight said. “But with Hims and Hers, it’s a highly branded product, it’s customizable via their compounding pharmacy for a lot of their prescriptions in dermatology and even hair … I don’t think that Hims and the other highly branded direct-to-consumer, virtual health/pharmacies have anything to worry about.”

While Amazon Clinic may prove to be financially successful, given its initial focus, it likely won’t usher in lasting change in the industry.

“Centralizing and simplifying health access is important for tackling issues in healthcare disparities,” Jack Stockert, managing director of Health2047, wrote in an email. “Amazon Clinic has the opportunity to address core issues in healthcare like access, outcomes, and costs. However, the condition types it has chosen to focus on initially are not necessarily significant drivers of healthcare costs, rather issues of convenience, and therefore unlikely to materially change the way healthcare works or to truly affect real disease prevalence that drives the bulk of healthcare spending. At least not in the short run.”