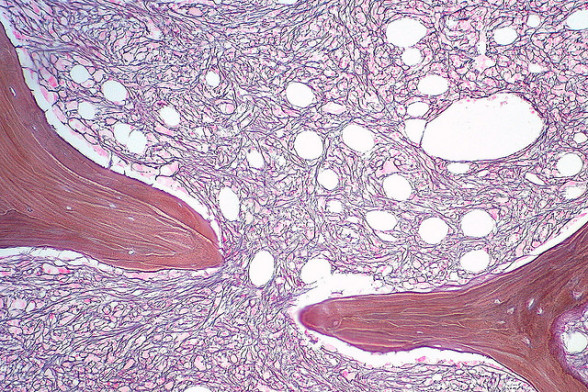 Merck is shoring up its drug pipeline with the $1.35 billion buyout of Imago BioSciences, a biotech developing blood and bone marrow disorder therapies that could offer advantages over currently available treatments. The deal announced Monday comes weeks ahead of Imago’s planned presentations of key mid-stage clinical data supporting pivotal tests of its lead drug candidate. It also comes before a rival big pharmaceutical company with an inside track can make a play for the biotech.

Imago develops treatments for myeloproliferative neoplasms, a group of disorders in which the bone marrow produces excess red blood cells, platelets, or certain types of white blood cells. The extra cells built up in the blood and bone marrow can cause problems such as bleeding, anemia, infection, and fatigue. They can also lead to cancer.

The Imago drug pipeline consists of a single drug candidate, bomedemstat, which is in development for treating several different types of myeloproliferative neoplasms. The South San Francisco-based biotech has reached mid-stage clinical testing in two bone marrow cancers, myelofibrosis and essential thrombocythemia. Bomedemstat is a small molecule designed to block lysine-specific demethylase 1 (LSD1), an enzyme that plays a key role in the bone marrow’s production of blood cells. Inhibiting this enzyme is intended to modulate the production of cancerous blood cells.

Bomedemstat was discovered and developed by Imago. With the drug, the company aims to offer a safer and potentially more effective alternative to currently available myelofibrosis treatments. FDA approval of Jakafi in 2011 made that Incyte drug the first approved therapy for the blood cancer. Since then, Inrebic from Bristol Myers Squibb and most recently, Vonjo, from CTI BioPharma, have won regulatory nods in myelofibrosis. GSK joined the myelofibrosis drug chase with its $1.9 billion acquisition of Sierra Oncology earlier this year. Sierra’s drug, momelotinib, is currently under FDA review and is expected to receive a regulatory decision by mid-2023. All four drugs are JAK inhibitors and while this drug class shown efficacy in a range of disorders, these medicines have also come under regulatory scrutiny for dangerous and potentially fatal side effects.

Bomedemstat’s Phase 2 myelofibrosis study included patients whose disease was not adequately addressed by JAK-blocking drugs. During the annual meeting of the European Hematology Association in June, Imago presented interim data from Phase 2 tests of bomedemstat in advanced myelofibrosis and essential thrombocythemia.

Imago is scheduled to present updated clinical trial results during the annual meeting of the American Society of Hematology (ASH) next month. According to an abstract for the myelofibrosis study submitted to ASH, patients treated with the Imago drug showed improvements on several measures. Of those that could be evaluated at 24 weeks, 66% showed a reduction in spleen volume (an enlarged spleen is one of the complications of myelofibrosis). Of those who required blood transfusions to manage the disease, 14% became transfusion independent. No dose-limiting toxicities were reported, nor were there any deaths related to the drug. None of the patients in the study had disease that developed into acute myeloid leukemia. Imago is scheduled to present the data on Dec. 12.

Merck is putting up a lot of money for a shot at developing and commercializing an alternative to JAK inhibitors. According to the terms of the acquisition agreement, the Rahway, New Jersey-based pharma giant will pay $36 cash for each share of Imago, which is a 107% premium to the biotech’s closing stock price on Friday. Shares of the biotech soared Monday, opening at nearly that price.

“We continue to invest in our pipeline with a focus on applying our unique capabilities to unlock the value of breakthrough science for the patients we serve,” Merck President and CEO Robert Davis said in a prepared statement. “This acquisition of Imago augments our pipeline and strengthens our presence in the growing field of hematology.”

When Imago raised $134 million in its IPO last year, the biotech priced its shares at $16 apiece. Concurrent with the IPO, Pfizer purchased $20 million worth of Imago shares. In exchange, Imago agreed to provide Pfizer with early access to clinical and preclinical data for bomedemstat for up to 30 months after the IPO, according to Imago’s IPO prospectus. It’s not clear whether Pfizer made a competing bid for Imago but the data-sharing requirement will end with a change in control of the company, Imago’s filings state.

Imago’s board of directors has unanimously approved the acquisition by Merck. The company said in a securities filing that it has agreed not to seek other offers, though the board may respond to unsolicited bids. If Imago decides to terminate Merck’s acquisition agreement, it must pay a $47.1 million termination fee, according to the filing. The companies expect to close the transaction in the first quarter of 2023.