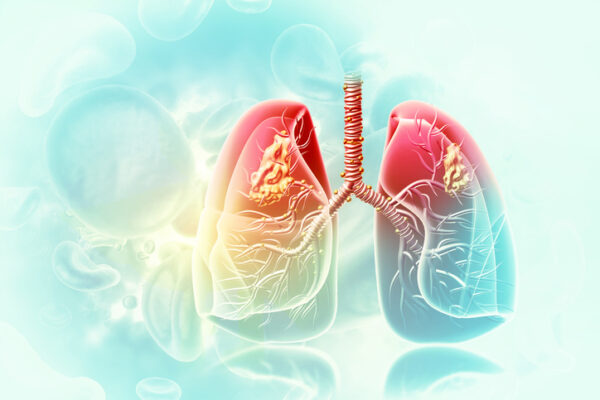 A Spectrum Pharmaceuticals drug developed to treat a rare type of lung cancer has been rejected by the FDA, leading the biotech company to implement an immediate restructuring that will reduce headcount by 75%.

The regulatory decision announced on Friday came two months after an independent FDA advisory committee voted that the benefits of the drug, poziotinib, do not outweigh its risks. According to Boston-based Spectrum, the FDA said the company needs to generate additional data from another randomized clinical trial. Rather than doing that, Spectrum will stop work on the compound and focus instead on commercializing another product that was recently approved for treating cancer patients.

Spectrum had developed poziotinib as a treatment for patients whose previously treated non-small cell lung cancer (NSCLC) exhibits HER2 exon 20 insertion mutations. This rare genetic signature is found in estimated 2% to 4% if NSCLC cases. Poziotinib is a small molecule designed to block signaling of the EGFR family of tyrosine-kinase receptors, enzymes that when mutated, drive cancer growth. While tyrosine kinase inhibitors are available to treat various types of cancer, there are no FDA-approved therapies for metastatic NSCLC characterized by HER2 exon 20 insertion mutations.

During the September advisory committee meeting, FDA staff flagged safety concerns about Spectrum’s drug that included the report of grade 3 or 4 adverse events in 85% of patients. FDA briefing documents also noted that the company was seeking accelerated approval at the once-daily 16 mg dose but the planned confirmatory study would test an 8 mg dose twice daily.

In a prepared statement, Spectrum President and CEO Tom Riga said that following the negative advisory committee vote, the company was not surprised by the FDA decision. He added that even though Spectrum believes the drug could offer a “meaningful treatment option for patients,” the company has decided to deprioritize the program. The company will explore strategic alternatives for poziotinib, including potentially partnering with other companies on further development of the molecule. But in the meantime, stopping work on the program means a corporate restructuring that will save enough cash intended to keep the company going through 2024.

The restructuring will shift Spectrum’s focus to eflapegrastim, a drug developed to address a common cancer therapy complication called febrile neutropenia. This condition is characterized by dangerously low levels of neutrophils, a type of white blood cell. Patients who develop this complication are susceptible to infections. Standard treatment is granulocyte-colony stimulating factor (G-CSF), which includes the bone marrow stimulant filgrastim and pegfilgrastim, a long-lasting form of filgrastim.

Spectrum’s eflapegrastim, approved in September, is a long-acting G-CSF drug in a novel formulation. The company is marketing the drug under the name Rolvedon. This product competes against a long-acting colony stimulating factor from Amgen called Neulasta. Other competitors in the mix include biosimilars from Coherus BioSciences, Viatris, Sandoz, and Pfizer.