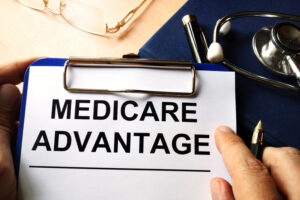 The average monthly premium for Medicare Advantage plans increased to $7 in the first half of the Medicare Annual Open Enrollment period this year, representing the first increase in four years, a new report showed. Monthly premium averages were in the $4 to $5 range the last three years.

The eHealth report relies on data from plans selected by Medicare beneficiaries shopping at eHealth between October 15 and November 8. The Santa Clara, California-based company is a private online marketplace for health insurance.

This increase comes even as $0 premium plans have become more available. The Kaiser Family Foundation reported in November that 99% of Medicare beneficiaries have access to Medicare Advantage plans with prescription drug coverage (MA-PD) without monthly premiums. MA-PD plans with no monthly premium represent 66% of plans in 2023, up from 59% the year prior.

“This is the first increase in average premiums we’ve tracked in four years,” Soistman said in a news release. “It may be driven by a number of factors, including carrier premium increases related to drug costs, a leveling out of demand for $0 premium Medicare Advantage plans, or consumers opting for higher premium plans to hedge against out-of-pocket costs during a period of inflation. In our July survey, for example, 95% of Medicare respondents told us they worried about inflation’s impact on their health care costs.”

The company found that fewer people are selecting these $0 premium plans than they did the year before. In the first half of the 2023 annual open enrollment period, 84% of those choosing Medicare Advantage plans selected $0 premium plans, compared to 88% during the same period last year.