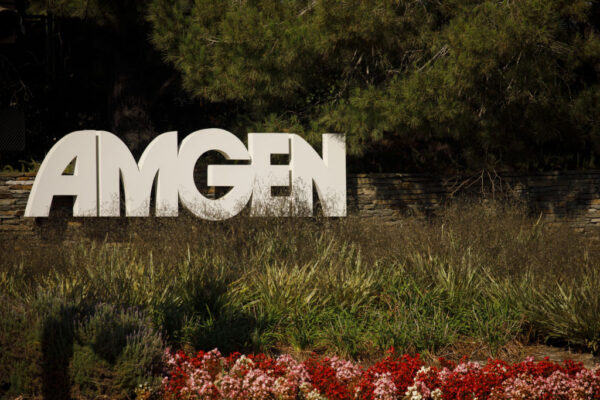 An Amgen drug that employs two different mechanisms to lead to weight loss has early-stage clinical data showing durable effects, laying the groundwork for a Phase 2 test as the pharmaceutical giant continues to chase rival obesity drugs from Novo Nordisk and Eli Lilly.

Patients in the Phase 1 study were randomly assigned to receive the experimental Amgen drug, code-named AMG 133, or a placebo, either as a single dose or multiple ascending doses given as a subcutaneous injection every four weeks. Those participants were obese but did not have other medical conditions, including diabetes.

In the 26 patients who received multiple ascending doses, Amgen reported that the drug led to an average of 7.2% weight loss at the lowest dose and an average 15.5% weight loss at the highest dose by day 85. The company added that the weight loss was maintained at the highest doses for up to 150 days following the third and final administration of the drug. Data from three of the six multiple dose-ascending cohorts were reported. The other three were not included due to data analysis that is still ongoing, Amgen said in an investor presentation Monday.

Amgen presented the preliminary data over the weekend during the 20th World Congress of Insulin Resistance, Diabetes and Cardiovascular Disease Hybrid Conference. With the encouraging results, the Thousand Oaks, California-based pharmaceutical giant said Monday that it plans to start a Phase 2 study in early 2023.

AMG 133 is an antibody-peptide conjugate designed with one part that activates a target called GLP-1 and the other that blocks a different target called GIPR. In preclinical research, Amgen reported this dual approach led to weight loss as well as improvement in other metabolic measures.

“AMG 133 was designed based on preclinical and human genetic data that strongly suggest GIPR inhibition as a strategy for weight loss, especially in combination with GLP-1 agonism,” David Resse, Amgen’s executive vice president of research and development said in a prepared statement. “We are encouraged by these Phase 1 results with once-monthly dosing of AMG 133, specifically, the degree, rate and durability of the weight loss.”

In the Phase 1 study, the most common side effects reported were nausea and vomiting. Amgen characterized these side effects as mild and transient. These problems were associated with the first dose and most of them resolved within 48 hours, the company said.

With AMG 133, Amgen is chasing Novo Nordisk’s semaglutide, a GLP-1-activating drug that won its first FDA approval in 2017 for treating type 2 diabetes. The once-weekly injectable molecule is marketed as Ozempic in that indication. Last year, the FDA approved semaglutide for chronic weight management, where the drug is marketed as Wegovy. In the four 68-week pivotal studies supporting Wegovy’s regulatory submission, treatment led to an average 12.4% weight loss.

Eli Lilly is also looking to add weight loss to the label of its drug, Mounjaro, which was approved earlier this year for treating type 2 diabetes. Mounjaro is a peptide drug designed to activate both GIP and GLP-1. Clinical research in type 2 diabetes showed that the drug also led to weight loss. In its report of third quarter financial results last month, Lilly said it planned to initiate a rolling submission for the drug in obesity this year, completing the application soon after the second of two Phase 3 tests has data, which are expected in April 2023.

Comparing weight loss data across clinical trials is tricky, as these drugs were not tested head to head. But despite trailing the regulatory progress its rivals, Amgen hopes AMG 133’s once-a-month dosing provides patient convenience and a competitive edge versus the once-weekly dosing of Wegovy and Mounjaro.

In a Monday research note, William Blair analyst Matt Phipps wrote that weight reductions of around 15% after three doses of AMG 133 compares favorably with the Phase 3 results posted by the Novo Nordisk and Lilly drugs at 12 weeks, with the caveat that Amgen’s results are from a smaller group of patients. Nevertheless, Phipps characterized the rate and magnitude of body weight reductions as “impressive.” He added that the pharmacokinetic and pharmacodynamic data support less frequent dosing than other drugs in the class with the potential to go beyond every four week dosing in a maintenance setting.

However, Phipps said the lack of biomarker data leave many questions about the role of blocking GIPR versus activating it the way that Lilly’s drug does. William Blair has previously noted the potential for GIPR antagonism to affect bone mineral density and bone strength.