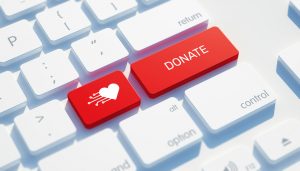 The Centene Charitable Foundation and its New Mexico subsidiary, Western Sky Community Care, announced Wednesday that they have committed $3 million to the One Albuquerque Fund for its project supporting people who are experiencing homelessness.

The project is called “The Gateway,” which will create a new health center in Albuquerque and will have emergency overnight beds. It will also have case management services, a 24/7 receiving area for first responders, medical sobering and medical respite. The latter refers to care for people experiencing homelessness who are too ill to be on the streets, but not sick enough to be in the hospital.

The Gateway will be completed in phases, with the first phase expected to be finished in the spring of 2023. This will include the Emergency Housing Program and the Engagement center, which will be able to care for 200 adult women a year. It will have 50 emergency overnight beds and will provide 90-day transitions to housing. The first phase will also have the 24/7 receiving area for first responders, which will be able to make up to 1,500 transports a year.

There’s a need for this kind of center, research shows. More than 1,300 people in Albuquerque sleep on the street or in shelters, according to the New Mexico Coalition to End Homelessness. People who are unhoused face higher rates of health problems, like HIV infection, alcohol and drug abuse, mental illness and tuberculosis, according to the Centers for Disease Control and Prevention.

“Concentrating on factors within a community that contribute to an individual’s overall health, known as social determinants of health, is in direct alignment with Centene’s philanthropic pillars and an approach to community investments seen across Centene’s geographic footprint,” Dinesman wrote in an email.

He added that Centene plans to invest in similar community projects down the line.

Other healthcare companies have also taken steps in regards to housing and assisting those experiencing homelessness. In 2021, SCAN Health Plan launched Healthcare in Action, a medical group that provides healthcare to unhoused populations. UnitedHealth Group and CVS Health, which owns Aetna, have also made major investments in housing.