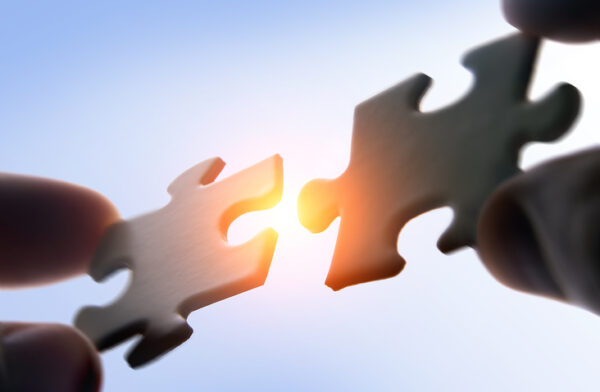 AstraZeneca sees the lead drug of CinCor Pharma as complementary to its current cardiorenal disease drugs, including the blockbuster product Farxiga. Eying further development of that drug and the potential to combine it with Farxiga, the pharmaceutical giant has agreed to pay about $1.3 billion to buy CinCor.

The deal announced Monday breaks down to $26 cash for each share of CinCor, a price that represents a 121% premium to the Boston company’s closing price on Friday. When CinCor went public in 2021 with a $194 million IPO, it priced its shares at $16 apiece.

AstraZeneca was apparently undeterred by the recent Phase 2 failure of the CinCor drug, baxdrostat, in hypertension. Results from the dose-finding study failed to show statistically significant reductions in blood pressure. However, CinCor pointed to encouraging results in non-Hispanic patients. The company added that the failure to achieve statistical significance was due to patients failing to stick to the drug regimen, which included continuing to take the anti-hypertension drugs they were already prescribed.

CinCor maintained that baxdrostat could proceed to Phase 3 testing. The company aims to offer patients a drug that works in a different way than currently available anti-hypertension medicines. The small molecule is designed to block an enzyme key to the synthesis of aldosterone, a blood-pressure regulating hormone. High aldosterone levels are associated with several cardiorenal diseases. In addition to treatment-resistant hypertension, CinCor is developing the drug for primary aldosteronism and chronic kidney disease.

The approach of baxdrostat is different than AstraZeneca’s Farxiga, a small molecule designed to block a protein called SGLT2. Doing so stops glucose from being reabsorbed by the kidneys. The AstraZeneca drug has approvals in type 2 diabetes, heart failure, and chronic kidney disease. Through the end of the third quarter, AstraZeneca reported that 2022 sales of Farxiga topped $3.2 billion,

“Acquiring CinCor supports our commitment to cardiorenal disease and further strengthens our pipeline with baxdrostat,” Mene Pangalos, AstraZeneca’s executive vice president biopharmaceuticals R&D said in a prepared statement. “Excess levels of aldosterone are associated with hypertension and several cardiorenal diseases, including chronic kidney disease and coronary artery disease and being able to effectively reduce this would offer a much-needed treatment option for these patients.”

In addition to acquiring all outstanding shares of CinCor, AstraZeneca has agreed to a contingent value right that pays $10 cash per share if baxdrostat is submitted for regulatory review. Those payments could bring the value of the CinCor acquisition to about $1.8 billion.

Here’s a look at two other M&A deals that kicked off the week:

Ipsen is acquiring Albireo, a biotech that developed and commercialized the first drug for treating pruritus, or severe itching, that’s associated with the rare liver disease progressive familial intrahepatic cholestasis (PFIC). France-based Ipsen agreed to pay $42 cash for each Albireo share, an 84% premium to the biotech’s closing price on Friday. This initial purchase amounts to about $952 million.

The Albireo drug, Bylvay, is approved in the U.S. and Europe. The Boston-based company expects 2022 revenue for the drug will total about $24 million. But this small molecule is a “pipeline in a product.” Albireo is developing the drug for additional liver disorders. Regulatory submissions have been filed in the U.S. and Europe seeking additional approval of the drug as a treatment for Alagille syndrome, a disease that affects the liver and causes pruritus. Bylvay is also in late-stage development for biliary atresia. The Albireo acquisition comes with contingent value rights tied to this indication. Holders of these rights are in line to receive a $10 per share cash payment upon FDA approval of Bylvay in biliary artesia.

Ipsen and Albireo expect to close the transaction by the end of the current quarter. Ipsen’s drug diversification efforts have led the company to become an active dealmaker. Last year, the company boosted its oncology portfolio with the $247 million acquisition of Epizyme and its commercialized follicular lymphoma drug, Tazverik. Months later, Ipsen struck up an R&D alliance with Marengo Therapeutics, a startup developing new T cell receptor drugs for cancer.

Chiesi Farmaceutici is expanding its reach in rare medicines with the acquisition of Amryt Pharma, an Ireland-based company with four commercialized products and a pipeline of drug candidates in various stages of development for skin diseases. According to terms of the cash deal announced Sunday, Chiesi will acquire all of the outstanding American depositary shares of Amryt for $14.50 each, which represents a 107% premium to the stock’s Friday closing price. This upfront portion of the deal represents about $1.25 billion.

The acquisition agreement includes contingent value rights, payments tied to milestones for Filsuvez. Last summer, the European Medicines Agency approved the Amryt drug for epidermolysis bullosa, a rare inherited disease that leads to fragile skin prone to wounds and blistering. That regulatory decision came four months after the FDA rejected the wound-healing gel and asked for more data confirming its efficacy. Achieving the milestones—FDA approval of Filsuvez and the award of a priority review voucher—could bring Amryt shareholders up to $225 million more.

Chiesi, which is based in Parma, Italy and has U.S. operations in Boston, develops and sells products in respiratory health, rare diseases, and specialty care. The Chiesi and Amryt boards of directors have approved the acquisition, which is expected to close in the first half of this year.