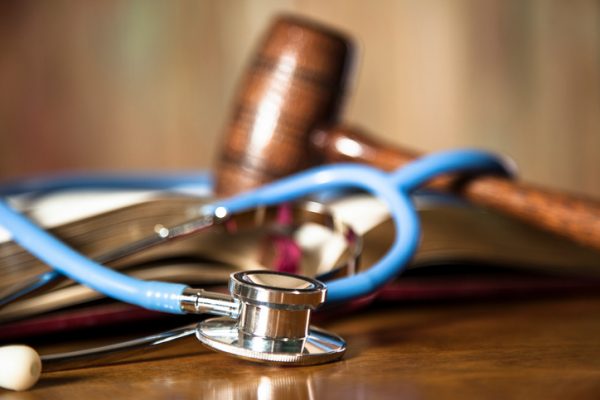 The state of California is suing three big pharmaceutical companies as well as three pharmacy benefit managers, alleging that all of them collude to drive up insulin prices in an abuse of market power.

Eli Lilly, Novo Nordisk, and Sanofi, are the three drug companies named in the complaint. Together they account for more than 90% of the global insulin supply. The three additional defendants are CVS Caremark, Express Scripts, and Optum Rx, which are all pharmacy benefit managers (PBMs), companies that manage prescription benefits for insurers.

The 47-page lawsuit, filed Thursday in Los Angeles Superior Court, alleges that the three drug manufacturers each separately conspired with the PBMs to artificially inflate prices of their respective insulin products while also agreeing to provide those companies “secret rebates” in an attempt to gain preferred positions on formularies, the lists of drugs covered by insurance plans. Manufacturers participate in this conduct because being listed on a PBM’s standard national formulary is a financial boon, the suit claims. For PBMs, revenue is related to the size of the secret rebates that they negotiate with the insulin makers.

“Larger list prices support larger secret rebates because rebates are calculated as a percentage of list price,” the suit says. “Also, the PBM Defendants have a perverse incentive for ever-growing list prices. The PBM Defendants claim they can extract higher rebates due to their market power. If drug list prices grow, demand for their negotiation services increases.”

The alleged actions are a violation of California’s Unfair Competition Law, according to the complaint. The state is seeking relief that includes a $2,500 civil penalty against each defendant for each violation against a senior citizen or disabled person. More than 3 million Californians have diabetes, according to the California Office of the Attorney General.

PBMs are denying the allegations.

“Pharmaceutical companies alone set the list price for their products,” CVS Health Executive Director of Corporate Communications Mike DeAngelis wrote in an email. “Nothing in our agreements prevents drug manufacturers from lowering the prices of their insulin products and we would welcome such action. Allegations that we play any role in determining the prices charged by manufacturers are false. We plan to vigorously defend against this complaint.”

Drugmakers point to the availability of insulin for $35 per month for Medicare beneficiaries. That price cap, which went into effect Jan. 1, was one of the provisions of the Inflation Reduction Act signed into law last year. In an emailed statement, Lilly said the lawsuit “ignores that anyone is eligible to purchase their monthly prescription of Lilly insulin for $35 or less, whether they are uninsured or use commercial insurance, Medicaid, or a participating Medicare Part D plan. And the average monthly out-of-pocket cost for Lilly insulin is $21.80, a 44% decrease over the last five years.”

The California complaint contends that generic insulin sold by big drugmakers is not a solution. For example, while the Express Scripts standard formulary covered Lispro when it was a brand name product, it did not cover the lower-price version, the suit says. The complaint elaborates on that point by citing 2019 congressional testimony from Lilly executive Mike Mason:

“Our experience to date, however, is that most PBMs continue to prefer branded Humalog even when the net cost is comparable because that option offers more total rebate dollars, and many of their health plan and employer clients value the total rebate dollars that they receive when their members purchase prescription medications. As described further below, those health plans and employers use the rebate dollars they receive to marginally reduce premiums for all of their insureds, rather than using them to reduce patients’ out-of-pocket costs for insulin at the pharmacy counter. As a result, most PBMs have indicated that they are considering several approaches for Insulin Lispro, such as excluding Insulin Lispro entirely from formularies, offering the [authorized generic] only on ‘niche’ formularies, or placing the product on formulary but at a higher cost-sharing tier.”

Market competition has yet to crack the dominance of Lilly, Novo Nordisk, and Sanofi, the suit says. Viatris’s Biocon subsidiary markets low and high price versions of insulin. While none of the PBM defendants included Biocon’s lower-priced versions when that product launched in the U.S., the higher-price version was included in Express Scripts’ standard formulary.

More competition won’t reach the market for a while. Last year, the nonprofit Civica Rx announced plans to offer insulin for $30 per vial and $55 for a box of five pen cartridges. But the company needs to complete its manufacturing facility and secure FDA approval for its insulin products, which means that they may not reach the market until 2024.

The attorney general’s suit makes California the latest state to sue companies for high insulin prices. Other states that have filed similar lawsuits include Kansas, Arkansas, and Minnesota.