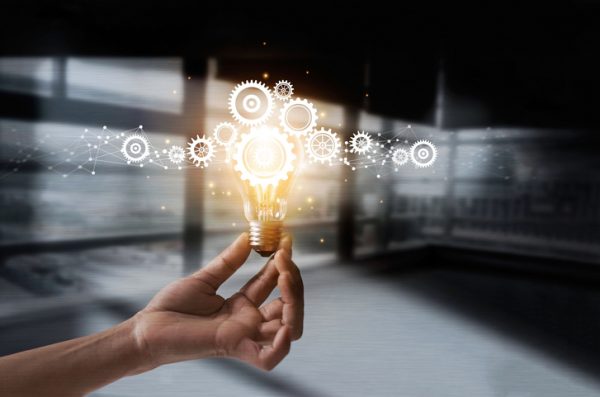 Every year, MedCity News reporters receive scores of requests to meet promising companies that are hoping to solve major challenges in the U.S. healthcare system. 2023 was no different.

Here are some companies I met this week in San Francisco that underscore the diversity of young companies out there that are aiming to address intractable problems within different industry verticals.

In alphabetical order, they are:

The CEO of this microcap believes it can punch above its weight and deliver an Alzheimer’s drug that will put the two currently on the market – Biogen’s Aduhelm and Eisai’s Lecanemab, to shame. In late November, Annovis Bio announced that the Food and Drug Administration had approved its Phase 2/3 trial to test its drug — Buntanetap — on 320 patients with Alzheimer’s disease.

While Aduhelm and Lecanemab work by removing plaque from the brain, Annovis Bio’s Buntanetap is not an antibody and does not directly work on plaque. Here’s how founder, president and CEO Maria Maccecchini described it:

What we found and that’s really a generic finding and not mine, is that in neurodegenerative diseases, nerve cell communication is slowed and if it is slowed, the function is sluggish. You think worse, you move worse and eventually [these nerve cells] get killed by the immune system, because the immune system thinks they are sick, which they are.And that’s really when they lose the function.

What our drug does is it normalizes the function. It actually improves the speed with which nerve cells communicate and by doing so, it protects them from dying. They do not get attacked [by the immune system].

Annovis Bio is enrolling 320 patients for the Alzheimer’s trial and expects to announce data next year. She said Phase 2 data showed significant improvement on the ADAS-Cog scale, which apparently is widely used for cognitive assessment in clinical trials.

Even though two other Alzheimer’s drugs are already on the market, Maccecchini dismissed notions of any competitive advantage they may have.

“You have a drug that you have to infuse every two weeks. You have to go into an MRI machine once a month. You have to get into a PET scan every 2 to 3 months and it costs – together with all these imaging agents – it costs $100,000,” she declared.

While lecanemab’s protocol is infusion once every two weeks, Aduhelm’s is once every four weeks.

Annovis Bio is also testing the drug in a Phase 3 Parkinson’s Disease trial. Both studies are expected to be complete this year with data available early next year, Maccecchini said.

The Swiss medical device company is seeking to treat atrial fibrillation by Pulsed Field Ablation (PFA), a method that may have better clinical outcomes than RF or cryo ablation, whose dependence on thermal energy mean that the procedure can also negatively affect healthy tissue in the heart. Neale also believes that other than the safety issue with thermal ablation, there is also an issue of durability. Sometimes because the disease is progressive, cardiac ablation needs to be done several times — sometimes as often as every six to nine months.

“It was easy to change the ablation catheter from circular to linear and not having to exchange catheters for each lesion set is a game changer,” said Dr. Giorgi Papiashvili in a company news release.

That is in reference to the limitation of current pulsed field ablation techniques where for every lesion that electrophysiologists want to target, they have to change catheters.

“Every time you do that, there’s a chance that you get air into the system, into the body and air can go to the brain, and it’s a stroke,” Neale declared.

Pulsed Field Abaltion (PFA) is a relatively new technology with no systems approved in the U.S. though some have CE Mark, he explained. Boston Scientific bought Farapulse in which it was previously an investor in 2021. Medtronic bought Affera last year and Johnson & Johnson and Biosense Webster have launched a trial as well. However, being several years behind them will not be a disadvantage for when the company finally gets the regulatory nod.

“Except for Farapulse, that started from the beginning the rest have been adapting other technology,” Neale declared. ” We are the only company that’s developed a product that has from inception been tailored for pulsed field ablation. And our energy source is unique as well. We use what we call coherent sine wave electroporation to generate our signal. And what that means is we have a higher capacity to titrate for depth.”

The company is raising $35-$40 million to be able to pursue a premarket approval from the FDA and launch first in the U.S. in three years from now. Neale predicts adoption by electrophysiologists will be relatively simple.

The cost of specialty medication is skyrocketing. That and the experience of receiving them in a hassle free manner from a person that patients trust is what Ogi Kavazovic, also the founder of the company, intends to achieve.

“Last year, cost of specialty pharma surpassed that of regular pharmaceuticals,” Kavazovic said. “That gap will only widen on the drug side. Also there aren’t too many areas within healthcare where the patient has no choice.”

For example, you can select providers based on proximity to home or experience in a particular specialty, he said. But that is not true when it comes getting specialty drugs. Patients have to go through a fragmented and disjointed system in getting these drugs to their door. The experience for providers is rough as well as they have to spend a lot of time on paperwork to get insurance approvals and getting patients started on a drug.

Enter House Rx which has developed a technology platform that is built on the idea of medically-integrated dispensing. Patients can go to their doctor and script info can be sent directly from the provider’s EHR to the specialty pharmacy’s drug management system powered by House Rx’s tech. The process is largely automated including an automatic check of  patient’s insurance coverage once a script is received. The system can also help to identify any missing or obsolete information on file about a patient’s insurance plan. In the end, once the validation of insurance and prior authorization is complete, patients can then receive the drug.

“The patient can pick up the drug right in the clinic,” Kavazovic said.

Kavazovic believes that House Rx’s technology could also be helpful for pharmacy benefit managers and not just specialty pharmacies.

“There are a lot of aligned interests,” he said of PBMs. “They are looking to lower costs and this does that in a bunch of different ways.”

This Chicago-based company can help any Epic-based health system to leverage KeyCare’s Epic-based telehealth platform and tap into a network of independent providers, or virtualists, who can deliver both urgent care and behavioral health services. Having their virtual care company built on Epic is a competitive advantage, according to Berkowitz given that it facilitates easy data sharing.

“None of the other self-created virtual care companies have a meaningful use certified EMR,” he contended.

While Berkowitz distinguished KeyCare from other telehealth companies in the marketplace — that includes the like of Teladoc and AmWell and others — his company leverages providers associated with these same players.

“Instead of competing with all the virtual care companies, we are actually partnering with them,” he said noting that KeyCare doesn’t employ physicians. “If you are a virtual care medical group that has assembled a great team of providers, then we can say, “Hey, sit on our technology and we’ll make you more easily available to all these health systems.’”

The platform is attractive for providers looking to deliver care virtually because it can expand access to more patients. However, KeyCare is also hoping to benefit health systems.

“Part of our focus is to help offload from the health systems much of what I call the triple R effect – the routine, repeatable, rules-based care – the easier, commoditized type of work,” he said. “That opens up the health system to be able to take care of the higher complexity issues.”

Currently, Michigan-based Spectrum Health is a customer of KeyCare and the company is looking to launch with more health systems this year. Ultimately, it plans to provide the full scope of primary care services. Last year, it raised $24 million in a Series A funding round.

This health tech company claims to have a comprehensive diagnostic clinical decision support system based on a large library of high quality medical images and data that allows physicians to conduct searches that can aid in their diagnosis.

“We have developed this image database, second to none — pictures of rashes, of light skins, of dark skin, X-rays, EKGs, ultrasounds and all these diagrams I am showing you [on my phone], so that’s the image side,” explained Papier. “But then we also have a knowledge base, so if I go in and say that the patient’s knee pain is medial, they play soccer, that database is then searching for the diseases that have these features.”

The reason this is useful is because providers are time strapped.

“The whole idea of VisualDx is doctors are extremely time pressured and have to make decisions in under a minute and you can’t put an online book in front of them. They don’t have time to read it,” Papier declared. “So what we’ve done is we’ve made information pithy and concise and then we’ve developed these diagrams that we call sympticons – symptom icons — so they can compare very very quickly, the patterns of each disease even if it’s a rash.”

While doctors license this product from VisualDx, the company has a separate product for consumers to diagnose skin conditions. The company’s Aysa app, available on the App Store and Google Play, allows consumers to take a picture of their skin condition to know what they could have and in many cases provide peace of mind until they are able to see a dermatologist. Papier wasn’t able to say exactly how many people use it except to say they number in the 10s of thousands. On the App Store the Aysa app has a customer rating of 4.6 out of 5 from a total of 339 ratings.

He explained that VisualDx’s solutions go beyond individual consumers and hospitals to public health groups and state governments too. The company has been working with BARDA (Biomedical Advanced Research and Development) on AI/ML that identifies infectious diseases for the Digital Medical Countermeasures program. And it has a unique program with the state of Vermont.

“The public health commissioner decided to license VisualDx the professional tool for every physician in the state and every hospital in the state,” Papier said. “It is a remarkable project because what we can do is customize VisualDx and band the Vermont regulations into the VisualDx version for Vermont….”

He also argued that competitive products don’t nearly have the breadth of diverse images – especially in skin where VisualDx has images of skin conditions from light to dark skins – and nor do they have high quality reference images that busy doctors can trust.

The solution can integrate with the EHR like it has done with Cerner but VisualDx also has mobile apps for the busy doctor.

“If you are an ER doctor, this is your workflow, sometimes,” he said.

The majority of the company’s revenue comes from health systems.