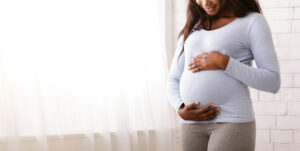 Hybrid maternity clinic Oula announced Thursday that it secured $19.1 million in Series A funding, which will allow the company to boost its full-service pregnancy care.

New York City-based Oula was founded by Adrianne Nickerson and Elaine Purcell in 2021 while they were both pregnant. The company provides midwifery and obstetrics services, whether it’s for prenatal care, delivery or postpartum care. It also offers pregnancy and birth education, virtual coaching, community events and an app for support between appointments. Oula has two clinics located in New York City and is in network with most major insurance providers, including UnitedHealthcare, Blue Cross Blue Shield and Aetna. It also accepts Medicaid.

“At Oula, we’re redesigning [maternity care] by bringing together the best of midwifery and obstetrics to create a much more personalized, evidence-based approach to care,” Nickerson, CEO of Oula, said in an interview. “Then we layer technology on top of that to drive accessibility and convenience in the care and finally, we infuse community.”

The funding round was led by 8VC and included participation from Chelsea Clinton’s fund, Metrodora; the Female Founders Fund; Collaborative Fund; and Alumni Ventures. In total, Oula has raised $22.3 million.

8VC chose to invest in Oula because of the extreme growth it’s experienced since opening in 2021, signaling the need for maternity care, said Kimmy Scotti, 8VC founding partner. Three months after opening its location, the company reached full capacity, leading Oula to open its second and doubling its employee base.

“Oula’s growth sends a simple but unmistakable message: Maternity care can and must be better,” Scotti said in a news release. “Oula’s transformative approach is not only refreshing — it’s desperately needed.”

With the funding, the company is looking to grow in two ways, Nickerson said. It plans to expand its services by adding in-house sonography and mental health care. It will also work to grow in its New York market to meet demand. Oula hopes to expand nationally in the future, but it’s not a main focus for the company right now, said Purcell, chief operating officer of the company.

“With 125,000 births in New York City, that’s a lot of market share to go after,” Purcell said. “We feel like there are a lot more pregnancies that we can impact here, but we absolutely have plans to go national.”

Oula’s funding news comes at a time when maternal deaths are on the rise in the U.S. In 2020, the maternal mortality rate was 23.8 deaths per 100,000 births in the U.S., exceeding other high-income countries, according to the Commonwealth Fund. For Black women in the U.S., the rate was 55.3 deaths per 100,000 births, nearly three times higher than the maternal mortality rate for White women. A large part of this is the lack of access to midwives, who are licensed and certified medical practitioners with expertise in low-risk pregnancies but are often reimbursed at a lower rate than physicians, Purcell argued. That’s what Oula is trying to change through its collaborative model that combines midwifery and obstetrics.

“If you look at other countries that have, frankly, much better maternal health statistics like the U,K., Netherlands, etc., there’s really widespread use of midwives and there’s really great access to them,” Purcell said. “In the United States … there just aren’t good payment mechanisms for midwives. Part of what Oula is trying to tackle is making sure that we are getting paid for this really high quality care.”