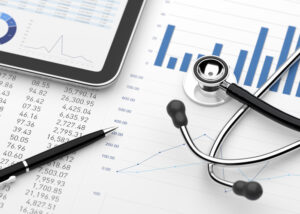 There were increases in health coverage among younger adults, Latino individuals, American Indian/Alaska Natives and non-English speaking adults from 2019 to 2021, a recent report showed.

The report was released Friday by the U.S. Department of Health & Human Services (HHS) and relied on data from the American Community Survey conducted by the U.S. Census Bureau. The researchers found that in total, the uninsured rate declined to 10.5% in 2021 from 11.1% in 2019. There were higher gains in coverage among the states that recently expanded Medicaid, including Main and Idaho.

“Despite the public health and economic distress of the Covid-19 pandemic, the U.S. experienced a decline in the uninsured rate in 2020 and 2021, likely due in part to changes in federal and state coverage policies for Medicaid and the Marketplace,” the report stated.

Additionally, the uninsured rate for Latino Americans fell 1.1 percentage points during the two year period, to 19.1% from 20.2%. American Indian/Alaska Natives saw their uninsured rate decrease to 21.5% from 22.4%. Non-English speaking adults also had one of largest decreases in the uninsured rate, to 27.3% in 2021 from 28.8% in 2019.

When it comes to household incomes, the largest decline was among those between 100 and 250% of the federal poverty level. This population experienced a 1 to 1.4 percentage point decrease in uninsured rates from 2019 to 2021.

“We know that access to quality, affordable health care is key to healthier lives, economic security, and peace of mind, said HHS Secretary Xavier Becerra in a news release. “As we move forward, the Department of Health and Human Services will continue to do everything we can to protect, expand, and strengthen the programs that provide the quality, affordable health care Americans rely on and deserve.”

HHS also recently released data on national Marketplace plan selections, which showed that almost 16 million Americans have signed up for coverage in ACA Marketplaces since the beginning of the 2023 Open Enrollment Period. This is an increase of 13% from last year.