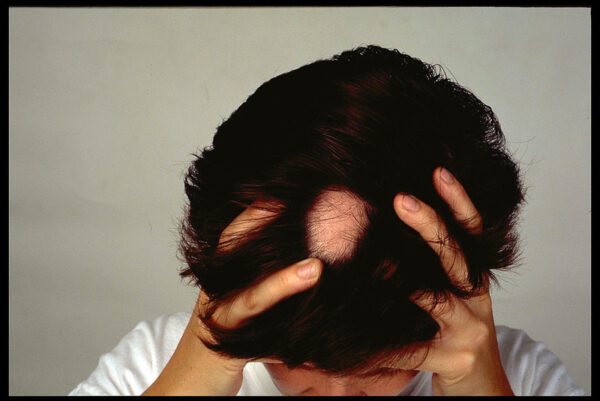 As Concert Pharmaceuticals prepares for an FDA submission for its experimental treatment for hair loss, it has also been exploring potential partnerships to help sell the drug in the U.S. But instead of a collaboration, Concert has agreed to be acquired in a transaction that places its lead program in the hands of a larger company with the resources to commercialize it globally.

Sun Pharmaceuticals is buying Concert in a $576 million deal. According to financial terms announced Thursday, Sun will pay $8 for each share of Lexington, Massachusetts-based Concert, which represents a premium of about 33% over the biotech’s average share price in the past month. Concert shareholders could earn even more. The deal includes a contingent value right that calls for Mumbai, India-based Sun Pharma to pay up to an additional $3.50 per share if Concert’s drug, deuruxolitinib, hits sales milestones. If approved, the product would compete against a rival hair loss drug from Eli Lilly and potentially another one from Pfizer.

Concert developed it drug to treat alopecia areata, a condition in which the immune system attacks hair follicles. The resulting hair loss from alopecia can be patchy or complete. Though it mostly affects the scalp, alopecia can also cause hair loss elsewhere on the body. This autoimmune disorder affects both women and men and can happen at any age.

Concert tested deuruxolitinib (called CTP-543 in earlier stages of its development) in two placebo-controlled Phase 3 studies. Results from the first study, which enrolled 706 patients, showed that both doses of the twice-daily pill led to statistically significant hair regrowth after 24 weeks of treatment. Similar results were reported last August for the second Phase 3 study, which enrolled 517 patients. In its report of third quarter financial results, Concert said it planned to submit a new drug application for deuruxolitinib in the first half of 2023. The company added that it was conducting pre-commercial activities with the intent of commercializing the drug in the U.S. alone or with assistance from strategic partners.

Deuruxolitinib is a small molecule designed to block to JAK1 and JAK2, two
Janus kinase enzymes that play a role in inflammation. Other drugs from the class of medicines known as JAK inhibitors have reached the market. These drugs introduce potentially fatal cardiovascular and cancer risks, which are flagged on their labels. Due to those risks, the FDA has increased its scrutiny on JAK-blocking drugs.

In the two Phase 3 tests of deuruxolitinib, serious adverse events were reported in nine patients from the first Phase 3 study and five patients in the second one. Concert said that only one of the adverse events in each late-stage study was deemed to be possibly related to the experimental treatment. For the rest of the study participants, the drug was well tolerated. Concert reported that the most common side effects included Covid-19 infection; the common cold; higher levels of creatine kinase (an indicator of potential muscle damage); acne; and headache.

Sun Pharma and Concert expect to complete the transaction later in the current quarter. If deuruxolitinib reaches the market, it would compete against Eli Lilly’s Olumiant, which the FDA approved last June as a treatment for alopecia. Like the Concert drug, Lilly’s pill is a JAK inhibitor. Olumiant was first approved in 2018 as a treatment for moderate-to-severe rheumatoid arthritis. Meanwhile, Pfizer has already applied for regulatory approvals in several markets for its alopecia-treating JAK inhibitor, ritlecitinib.

“There is a significant unmet need in the alopecia areata space and we aim to build on Concert’s commitment to supporting the alopecia areata patient community,” Abhay Gandhi, Sun Pharma’s CEO of North America, said in a prepared statement. “We are well-positioned to successfully bring this product to market globally.”