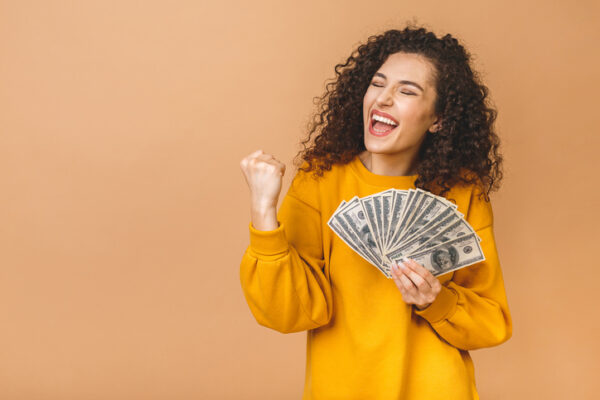 In the third century BCE, the Greek philosopher Aristotle described women as a “deformity.” He believed that they had male genitalia “turn’d outside in” and, for him and others, this description explained away any idiosyncratic women’s health issues: women were simply the inverse, the deformed, the opposite of strong and healthy men.

Thousands of years later, that gender bias still persists – and has caused women’s health to suffer.

Only in 1993 were women of child-bearing years allowed to participate in clinical trials (though they remain underrepresented, even for products specifically meant for them). In a 2015 summit, 70% of post-graduate physician trainees indicated that concepts of gender medicine – or the effects of sex in treatments, diagnoses, and care – are never or only sometimes discussed or presented in their training program. And, today, life science research and medical practice is still based on a “Reference Man”. There wasn’t a similarly-advanced, completed 3-D model of a “Reference Woman” until 2022.

The result is that women’s health remains under-researched, misunderstood, and dismissed. As of 2018, just 4% of overall funding for research and development went to products and services specifically addressing women’s healthcare. And 20% of women who had a negative experience with a healthcare provider believed it was due to their gender. Women are also diagnosed four years later than men, on average, across over 750 diseases, and female pain is perceived to be less intense than male pain.

However, despite years of ingrained biases, women’s health is starting to become a topic of conversation – and a market of huge investment potential.

One factor behind this rise is the size of the market. As of 2020, women spent an estimated $500 billion annually on medical expenses and the women’s health market is projected to continue growing, potentially hitting $1 trillion over the next five years. Women dominate healthcare in all ways: they make about 80% of household healthcare decisions, live longer, spend more on healthcare, and see healthcare providers more regularly than men do. But they also tend to give unpaid medical care more often than men do. Therefore, a woman’s health – and the potential of the women’s health market – affects not just her but those around her; if she is unhealthy, she might not have the necessary emotional, mental, or physical abilities to keep those in her care — such as children, parents, or in-laws — healthy as well.

Another factor is the relatively new, buzzwordy way to talk about women’s health. In 2016, Danish entrepreneur Ida Tin coined the term “FemTech” (shorthand for “Female Technologies”) when describing her period-tracking app, Clue. Her goal was to describe and legitimize the women’s health market and to make it exciting and palatable to (mostly male) investors who may have been uncomfortable using words like “menstruation” and “period” instead. Since then, “FemTech” has been used to define technology and products that meet women’s needs, specifically in healthcare. For some, “FemTech” and “women’s health” are now synonymous terms.

The rise of this short, succinct, and social media -friendly label has helped both interest and investment in FemTech rise over the years. McKinsey & Co., for one, found increases in the number of published articles about, companies started in, investment deals involving, and level of funding towards the FemTech space since 2008.

The amount of funding going to these companies – whether they call themselves women’s health companies, FemTech companies, or both – has increased over the past decade or so. However, it still remains insignificant compared to what is needed – and what the general, non-sex-specific healthcare market is receiving. Put another way, the total funding to women’s health and/or FemTech companies collectively makes up only about 1% of the total venture capital funding that has gone to general, not female-specific healthcare companies.

As a result, there’s plenty of room for progress and nearly all areas of women’s health are open for innovation and investment. Some major opportunities include:

Endometriosis: Globally, endometriosis (the growth of endometrial tissue outside the uterus) affects about 10% (190 million) girls and women of reproductive age. It can lead to debilitating pain and infertility as well as direct and indirect costs of almost $21,000 per person per year. But endometriosis still takes seven years on average to diagnose, and there is currently no cure.

Menopause: With few exceptions, nearly every women goes through menopause, and one report estimated that the size of the menopause market is about $600 billion. But, since only 20% of OB-GYNs feel comfortable discussing and treating menopause, 75% of women who ask for help in managing their symptoms don’t receive it.

Maternal health: The United States has the worst maternal mortality rate out of any country in the developed world – and that rate increases 2-3x for Black mothers. And yet, almost 85% of maternal deaths are preventable. Over the past few years, even the White House has noticed this trend and responded with the Maternal Day of Action and Blueprint for Addressing the Maternal Health Crisis.

Stigmatized areas: Women’s health conditions are often stigmatized: from postpartum depression to period pain, urinary tract infections to urinary incontinence. Digital healthcare tools may allow women to receive a diagnosis, educate themselves, receive treatment or treatment options, and/or simply connect with others to learn that they’re not facing this potentially embarrassing and isolating health condition alone.

Culturally sensitive care: Racial bias permeates healthcare, from clinical trials to patient care. Healthcare innovations that address the unique needs – and combat the fears – of a community of people can improve their likelihood of seeking care and staying healthy. A culturally sensitive healthcare approach could benefit others as well: research published in 2018 found that eliminating race-based health disparities could save $135 billion per year: $93 billion in excess costs for medical care and $42 billion in “otherwise hampered productivity”.

While women’s health and FemTech have seen growth over the past few years, especially after the word “FemTech” was created, they still fall far short of the interest and dollars going to general healthcare companies. Women have been dismissed and neglected for centuries: any investment and innovation in this space can make an outsized impact: keeping women and their families healthy, aiding research and development, and eliminating the gender bias against women and their healthcare that has persisted since Ancient Greece.