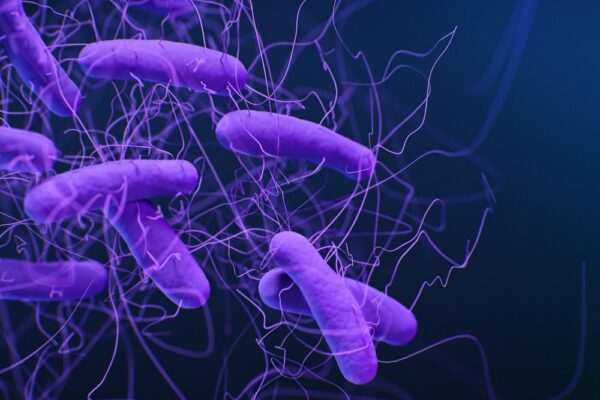 Finch Therapeutics’ lead microbiome therapy reached Phase 3 testing as a potential treatment for a serious and potentially fatal gut infection, but study enrollment challenges and financial headwinds have led the biotech to end the program and instead find ways to monetize its remaining assets.

The corporate restructuring will lead to the layoff of 77 employees, representing about 95% of its staff, according to a regulatory filing. Shares of Somerville, Massachusetts-based Finch opened Tuesday at 56 cents apiece. When Finch raised $127.5 million in its 2021 IPO, the biotech priced its shares at $17 each.

Finch’s lead program, CP101, was in development for treating recurrent Clostridioides difficile infection. While standard of care antibiotics can kill off these bacteria, the infection often comes back and when it does, there aren’t many other treatment options. Recurrent C. diff infection leads to hospitalization and can become fatal. CP101 contains a diverse community of microbes intended to restore a patient’s microbiome to a healthy balance.

The past year has been a rough one for Finch. Nearly a year ago, the FDA placed a clinical hold on the Phase 3 study of CP101. The agency asked Finch for more information about the company’s screening protocols for SARS-CoV-2. The FDA had previously raised concerns about the potential risk of SARS-CoV-2 transmission via stool used for fecal microbiota transplants. CP101 is made with microbes sourced from stool samples of healthy donors. Finch has described its therapeutic candidate as offering the biology and activity of fecal microbiota transplants, but in an oral capsule formulation.

Finch resolved the clinical hold and dosing resumed in October. But the company encountered other setbacks. Takeda Pharmaceutical, a partner on the development of potential microbiome therapies for ulcerative colitis and Crohn’s disease, gave notice last August that it would end the alliance before either of the programs entered clinical testing. The Japanese pharmaceutical giant said the decision was made following a pipeline review. Finch subsequently conducted its own pipeline review, which led the company to seek partners for an inflammatory disease therapeutic candidate and suspend plans for a Phase 1 study testing of its microbiome therapy for autism spectrum disorder.

Finch finished the third quarter with a cash position of $85.3 million, which the company believed would be sufficient to support operations for the next 12 months. But a new financial setback emerged. At the end of 2022, the Nasdaq notified Finch that its stock was at risk of delisting because its shares closed below the $1 minimum price requirement for 30 consecutive days. The Nasdaq gives companies six months to regain compliance, but by then, a rival microbiome therapy could already be on the market. An oral C. diff microbiome therapy from Seres Therapeutics is under FDA review with a regulatory decision expected in April.

Finch had said it expected CP101 would have preliminary Phase 3 results in the first half of 2024. The strategy shift means those data won’t materialize. The company and its board of directors opted to restructure, citing factors that include the outlook for securing more capital or partnerships to fund clinical development of CP101, slower than expected Phase 3 enrollment, and the harmful effects of ongoing unauthorized use of the company’s intellectual property.

Most of the job cuts will take place in February, with the remaining staff staying through May to support the company’s strategy shift. Finch estimates it will incur about $4.1 million in restructuring costs tied to one-time severance payments and related expenses.

“These were very difficult decisions that we determined were necessary after carefully considering a number of factors and challenges facing Finch,” CEO Mark Smith said in a prepared statement.

Public domain image by the CDC